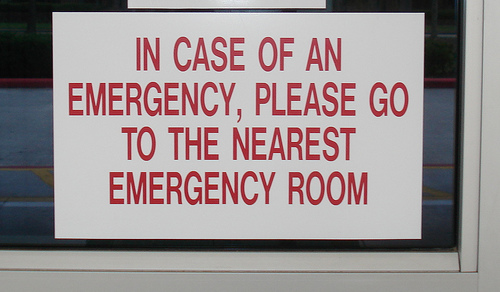 Editors note: This fast-paced experience has caused me to have a back-log of blog entries, so I apologize that this one is a few days behind, but should be entertaining nonetheless. If you read the “Symptoms” post before this one, the story will flow!

After Monday’s cardiac testing, we were left with a lingering question that Dr. House had to answer. 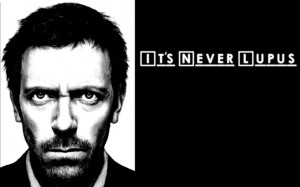 Dr. Breaux, my cardiologist called me at 4:30PM on Tuesday evening as I was sitting in my office. “I got your blood results, and it’s not good. You’re red blood  cells, white blood cells, and platelets are dangerously low. You need to go to to the Emergency Room right now and have a transfusion and get a bone marrow biopsy.”

You could have heard a pin drop.

But there was no panic. Things actually started falling into place.

Dr. Breaux said, “Go to the ER and ask for Dr. Broussard. He’ll be waiting for you. I’ve already set everything up for you.” (BONUS#1)

Dr. Breaux said, “I’ve already contacted a friend of mine who specializes in this stuff, Dr. Cataldo, who is going to meet you at the hospital tonight to do the biopsy.” (BONUS#3)

It’s really all about who you know, isn’t it? Thank goodness I’m in the medical profession.

After Angela fed the kids, called the family,and I packed a bag, we headed to the Lake ER. The waiting room was about half full of some pretty banged up people, and I walk in with an overnight bag.

One problem. We didn’t have an insurance card because my insurance had changed over. We couldn’t get anyone on the phone from the company or any information. So we just gave them my old insurance card, which they took. (BONUS#4).

Within 5 minutes, I was whisked away (BONUS#5), and I only imagine what others in the waiting room were thinking. 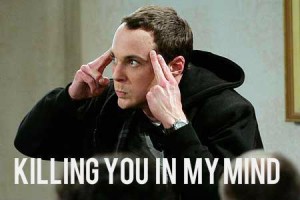 It didn’t take very long for me to get in a room where I had blood drawn and got an IV.  It was a very quiet floor. Not many patients. And it smelled of rich mahogany. Definitely Anchorman status (The first one. Not the second one.)

I realized that this was the first time I’d ever been admitted to a hospital. After years of visiting friends and family, and even treating (a handful of) patients at bedside, I thought, “This isn’t so bad…”

Until it was time for the bone marrow biopsy. 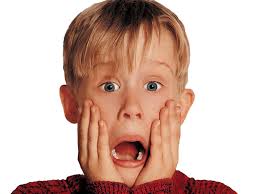 To be continued in Part 2: My First Bone Marrow Biopsy 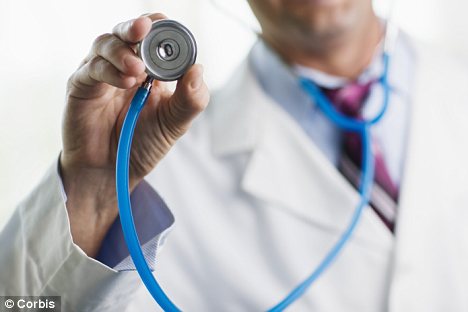 Saw my Hematology/Oncologist physician, Dr. Vince Cataldo as a follow up after my hospital stay (more on that in the next blog). Dr. Cataldo was chief resident at Charity and was actually one of the docs stuck there for a week! Can you imagine how strong that would make someone? He also did his fellowship at MD Anderson in Houston; so I think I’m in pretty darn good hands. Which reminds me of one of my favorite commercials (watch his arm at the end) 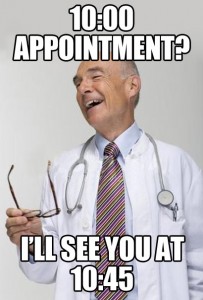 Today’s visit went well; although a 55 minute wait after appointment time (which is one of the things this experience is teaching me…patience).

Had my blood taken again in the office and didn’t have to wait a day for results! My complete blood count (CBC)  :

While these levels are at or just below my hospital discharge levels, they are still below normal. This means I get to have another transfusion tomorrow. Good news is that it will be as an outpatient, so I’ll be able to work (lots to do, ya know!). In addition, my heart murmur is gone, but my pulsatile tinnitus remains (an interesting symptom of anemia!)

The not so good news is that my original biopsy from last Tuesday was inconclusive. It was done under a local anesthetic, and apparently didn’t have enough cells to be conclusive. But that could also mean that my bone marrow isn’t present either, the main sign of aplastic anemia. So, I’ll have to have another bone marrow biopsy later this week under sedation. Stay tuned for that adventure!

The leukemia diagnosis is still possible, but not a high probability because I don’t have it in my blood or in the biopsy. It’s still on the table, though.  Some have said that leukemia is better to get than aplastic anemia…we’ll see about that! Both can end up with a bone marrow transplant.
I’ve been getting several people asking about picking up a virus in Japan. There’s a slim chance I might have picked up a virus, but Dr. Cataldo said that is typically related to reductions in red blood cells, not the ‘big 3′. We’re keeping that on the table too. I’ve emailed the CDC to see if there have been any reports, but I don’t think personally there is a link. I heard there’s radioactivity in the sushi, which made me think of this video tutorial on eating sushi:
Thanks for the continued thoughts and prayers! One day at a time, or as my daughter Hannah said to day, “Take it Page by Page like a book”