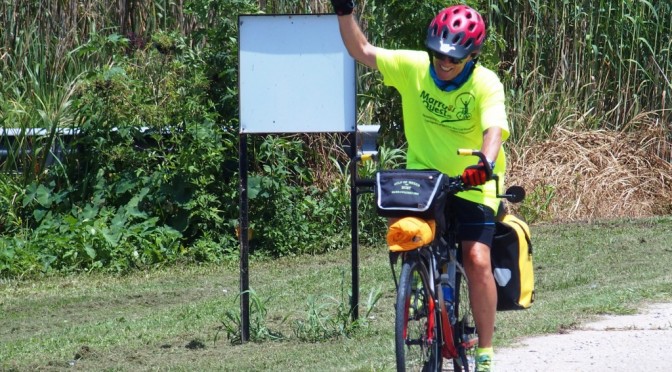 That’s how I get through these uncertain times.

My blood counts go up. My blood counts go down. It’s like a yo-yo each week. The emotional roller coaster I’ve talked about. Last week, everything was down again after we were very encouraged by the highest counts and going 4 weeks without a transfusion (that’s a really good sign). 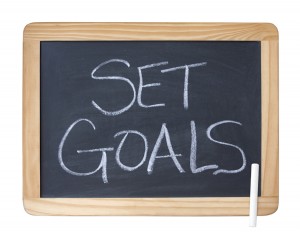 While I was in the hospital, Angela was a fantastic goal-setter (What would you expect from a physical therapist?) She would write them on the whiteboard for me each day. And made sure I did them. From the small goals of even getting out of bed 3 times a day to the big goals of walking 3 times a day for 20 minutes at NIH. It feels great to look back and see how my goals progressed.

My biggest goal at the beginning of the year was to attend my annual research meeting, TRAC, in Park City Utah in August.

Being at TRAC wasn’t just for me; it was for the TRAC ‘family.’ I started this meeting 16 years ago and treat this group as family.  So I did everything I could to have the health and stamina to get there. 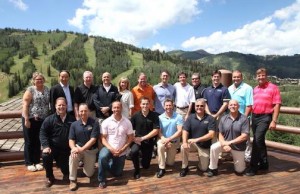 I even got to spend some great quality time with Angela and take in the wonderful sights. She deserved a vacation after all she’s been through the previous 6 months. 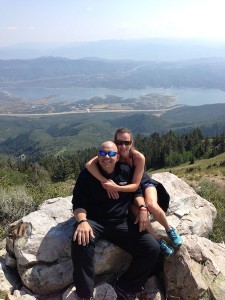 Another goal of mine was to get back to brewing beer at the Brewshack. My last batch was in January before I went into the hospital for 2 months. I didn’t know if I would have the samina to brew for3 hours, but with the help of Chase, today I brewed my “Anemia Ale.” (Come by in about 4 weeks for a taste!) The By-You Brewshack is Back! 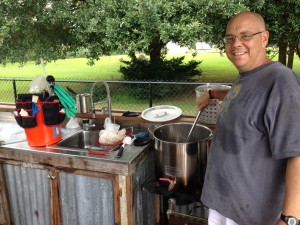 Speaking of reaching goals, our new friend, Steve Matchett of MarrowQuest.org, completed his quest a few weeks ago, riding from the top of the Mississippi River to the mouth of the river in Venice. Special thanks for my friends at the Faux Pas Lodge and Venice Marina for helping Steve out.

In addition to Steve’s goal of riding to the mouth of the Mississippi River, he had another goal of having Sally Ann Roberts of WWL TV in New Orleans sign his bike on the morning show that week. You may remember that Sally Ann was a bone marrow donor for her sister, Robin Roberts a few years back. Mission Accomplished. Watch the video here:

When Steve finished his ride, he was greeted by lots of bone marrow patients, donors, doctors and nurses at Ochsner Hospital in Jefferson last week as well. An awesome finish! 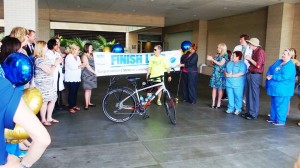 Through Steve, whom I had met just one week prior to his finish, I got to meet some great people from the Hendrick Marrow Program as well: Courtney Hurd, Pam Heaton, and Paul Spadaro. We all enjoyed dinner with a few more friends (Jeff & Susan Heartling, Kristin Akin, and Blain & Cheri Efferson) at Palace Cafe that night (one of my favorite New Orleans restaurants).

I told Steve how amazed I was at accomplishing his goal, particularly  as an ‘older adult.’ I’ve been promoting physical activity in older adults for the past 10 years. I told him that he has a great story of a physically active older adult using exercise to promote a cause. 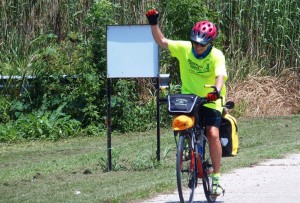 The biggest thing that impressed me about Steve was the fact that he didn’t ‘have skin in the game.’ He wasn’t riding to raise money or awareness for something he personally had. He saw a need for marrow donation and took it upon himself to do something about it. Steve set a goal and found a way to accomplish it pretty much on his own. More importantly, his goal helped others reach their own goals. I was honored to be a part of his quest.

Steve said, “You can’t jump half-way over a canyon.” When you set a goal, you have to go all the way or you won’t make it… Although Evel Knieval tried.

When you set a goal to do something, it’s all or none.  It’s kinda like Yoda said: 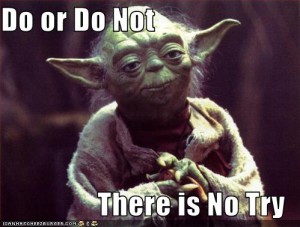 When you set a goal, commit to it. It’s not always easy to accomplish your goals. Commit yourself to doing whatever you need to do, particularly if you’re doing it for someone else.

Of course, there are factors you can’t always control in accomplishing your goal (like your blood counts). If you commit to something, follow through with it with everything you have, even if you feel like quitting. Accomplishing goals always feels better than quitting.

Don’t give up. Don’t ever give up.

Obviously, we don’t always reach our goals. You won’t succeed 100% of the time. Remember, in baseball, being successful 4 out of 10 times is an amazing accomplishment! And even though you fail, you continue to get in the batters box to try again.

Plan ahead and be ready to achieve your goal. Expect success, but prepare for failure….like Evel Knieval did.