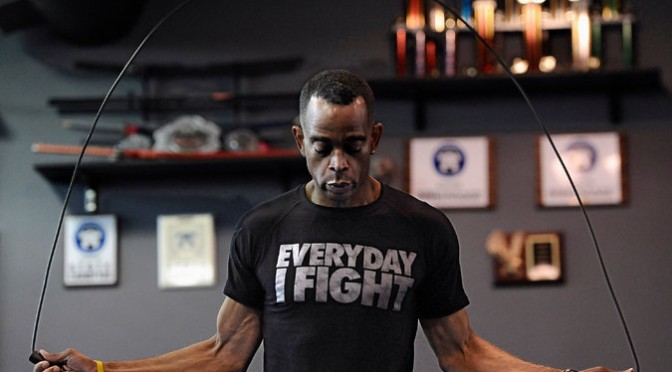 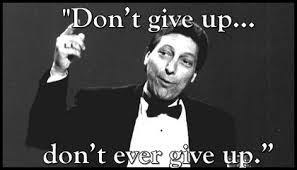 My friend Dale shared this video from the Jimmy V awards last week, thinking of me. ESPN anchor Stuart Scott got the Jimmy V Award for his battle with cancer. He was in the hospital just the week before he got the award with liver and kidney failure, as well as surgery….the same as me back in March.

Please take 15 minutes to watch this.

This video epitomizes me. I don’t want to leave my kids without a dad. I love what I do and I want to keep working hard. It’s what keeps me going. “That’s how I win.”

I don’t know how he got through that speech without crying, because I didn’t. Stuart Scott is my new idol.

Funny how little things like this hit you in a very timely fashion. I needed that. Thanks, Dale.

Even though I don’t have cancer, aplastic anemia is up there with rare and deadly diseases. Stuart Scott had a fantastic quote about cancer that applies to anyone with a life-threatening disease:

“When you die, that does not mean that you lose to cancer. You beat cancer by how you live, why you live and the manner in which you live. So Live. Fight like hell.” Stuart Scott.

As I feared, my numbers plummeted yesterday. The doctors at NIH stopped my cyclosporine chemo last week since it was doing a number on my kidneys and causing ankle swelling. While my swelling is gone, now my numbers have dropped to levels I had 2 months ago. My ANC dropped nearly half, to 700, as well as my platelets that had been rising on their own.

This is not good. It probably means that my marrow really hasn’t started making the cells on its own, and it probably won’t. The chemo was just suppressing the t-cells that were attacking my marrow. Without the cyclosporine, something continues to stop my marrow from producing cells. The cyclosporine was not meant to be a long-term solution, and I was due to stop it next month.

We don’t really know what’s next, and won’t know until my visit back to NIH on August 12. I don’t think there’s much else they can do without a full match bone marrow donor. All we can do is pray for a match and pray that I avoid infections. 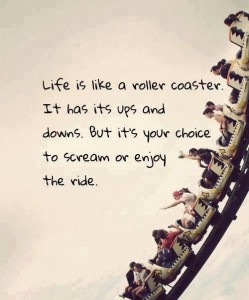 I’m on an emotional roller coaster right now and trying to remain strong. It felt as though they had given up on me. Anxiety, fear, and depression were lurking around the corner.

But I’ll tell you this…I’m not quitting.

I’m just coming from the bottom of the coaster and making my way back up.

It’s How you live, why you live, and the manner in which you live.

I have a huge base of support from family and friends; even people I don’t know are praying for me.

I wanted to share something from someone else that inspired me. I’m so happy to hear almost every day that my story and my blog have been so inspirational for others.  That’s what I set out to do after my diagnosis…so I can’t quit.

“Don’t give up. Don’t ever give up.” Jimmy Valvano